ASC Biathlon is excited to announce Senior Elite Team member Jackie Garso has been selected by the US Biathlon Association (USBA) to represent the United States on the International Biathlon Union (IBU) Cup Circuit. In an announcement made Monday, Jackie was one of six female athletes from around the country named to the team.

The IBU Cup is the second-ranked International Circuit behind the World Cup. Athletes from all over the world race at the IBU level to qualify for events such as the World Cup and the Olympic Winter Games. Although the IBU Cup is primarily a senior level event, Jackie has qualified as a “Junior.” This early race experience on the IBU Cup will jump start her career as an international athlete.

Garso was selected for the races taking place in Arber, Germany from January 9th through the 24th.  These races will open an opportunity for her to be invited to Duszniki, Poland for the Open European Championships during the week of January 24.

Garso joined the ASC Biathlon Senior Elite Team in 2020. Prior to joining the Team, Jackie raced for St. Lawrence University from 2016-2020. At St. Lawrence, Jackie was a regular top 20 skier and qualified for the NCAA Championships in 2019. In deciding to relocate to California, the Lake Placid, NY native highlighted goals of qualifying for Junior World Championships. In a statement Tuesday, Garso expressed her excitement of being named to the team:

"I'm super stoked! After not qualifying for Junior Worlds last season I knew I needed to step up my game. ASC has helped me dial in my shooting and I'm really excited for the trip and to represent the U.S."

“When Jackie joined the Senior Elite Team this spring, our goal was to focus on range procedure and shooting times. Jackie has always been a competitive skier but the range has been what has held her back in the past. We knew that if we brought up her hit percentage, she would be in contention to qualify for Junior Worlds. The fact that she was selected for the IBU Cup is a testament to the hard work and focus she has put in this season.”

In addition to Garso’s strong athletic qualities, Halligan notes the additional value Garso has brought to the ASC Programs.

“We have a large crop of young girls coming through the Biathlon and Nordic Development Programs right now. Jackie is tough, disciplined and has an incredible work ethic. Older, elite athletes like Jackie are awesome role models for those girls because she shows them where the sport can take them if they are dedicated.”

USBA made its selection of the IBU Cup Circuit team on a discretionary basis because of the cancelation of several major qualifying races such as the World Cup and IBU Cup Trials events. The team was ultimately decided using results from the 2019-2020 season as well as time trials and testing that took place at the regional level during the 2020-2021 season.

In addition to Garso, her ASC teammates Lexie Madigan and Sarah Beaulieu were also on the short list of athletes being considered for the IBU Cup Circuit. Garso and Beaulieu are still in the “Junior” age category and Madigan is in the “Youth” age category. They will all be considered for the Youth and Junior World Championship teams. The Youth and Junior World Championships are international competitions exclusive to athletes 21 years old and younger. They will be held in Obertilliach, Austria from February 22 to March 7. 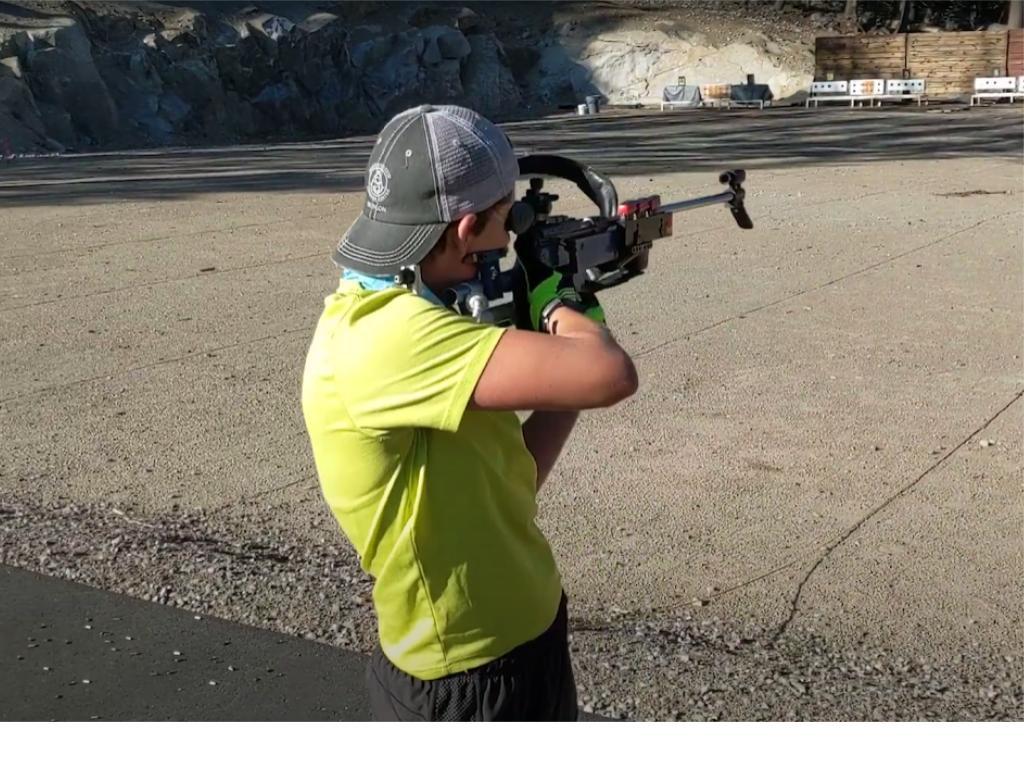